National security risks—from cyberattacks to terrorism—now intersect the digital and physical world. Governments need to anticipate rather than react to threats in this rapidly evolving landscape. Anticipatory intelligence uncovers emerging developments and patterns that can predict trends and events of interest.

National security risks are becoming more complex and unpredictable: real-world events are increasingly influenced by online spaces, disruptive technologies are widely available to nation-states and citizens alike, and threats like influence operations are becoming more widespread and harder to detect.

The goal is to anticipate events beyond the capacity of strategic intelligence, which largely focuses on current environments. Anticipatory intelligence is more predictive and supports proactive decision-making in response to threats like terrorism, cyberattacks, and disinformation.

However, OSINT tradecraft is still developing within the Intelligence Community and has only recently gained recognition as a core intelligence discipline.

How Does OSINT Support Anticipatory Intelligence?

1. It Illuminates Emerging Developments and Trends

For example, an analysis of public social media content can reveal signals in public sentiment that precipitate threats. This happened before the Capitol Hill violence on January 6th, 2021. In the weeks and months leading up to the incident, hashtags associated with far-right groups, as well as calls to action and planning, emerged on mainstream and alternative social media sites.

However, these data sources can be hard to access or insecure and clunky to investigate. Advanced OSINT tools like the Echosec Systems Platform make these sources easily searchable so that analysts can expand their open-source data coverage and avoid information gaps.

Russia’s invasion of Ukraine exemplifies the value of OSINT in proactive national security. Russia has used information to influence foreign populations for several years. But unlike past influence operations, the more recent development of OSINT tradecraft and technologies has enabled pro-Ukrainian analysts to find patterns, predict, and debunk Russian misinformation before it gains traction.

Additionally, OSINT is much easier to share between foreign government partners than classified intelligence. This streamlines information sharing for more proactive intelligence when coordinated government responses are necessary. 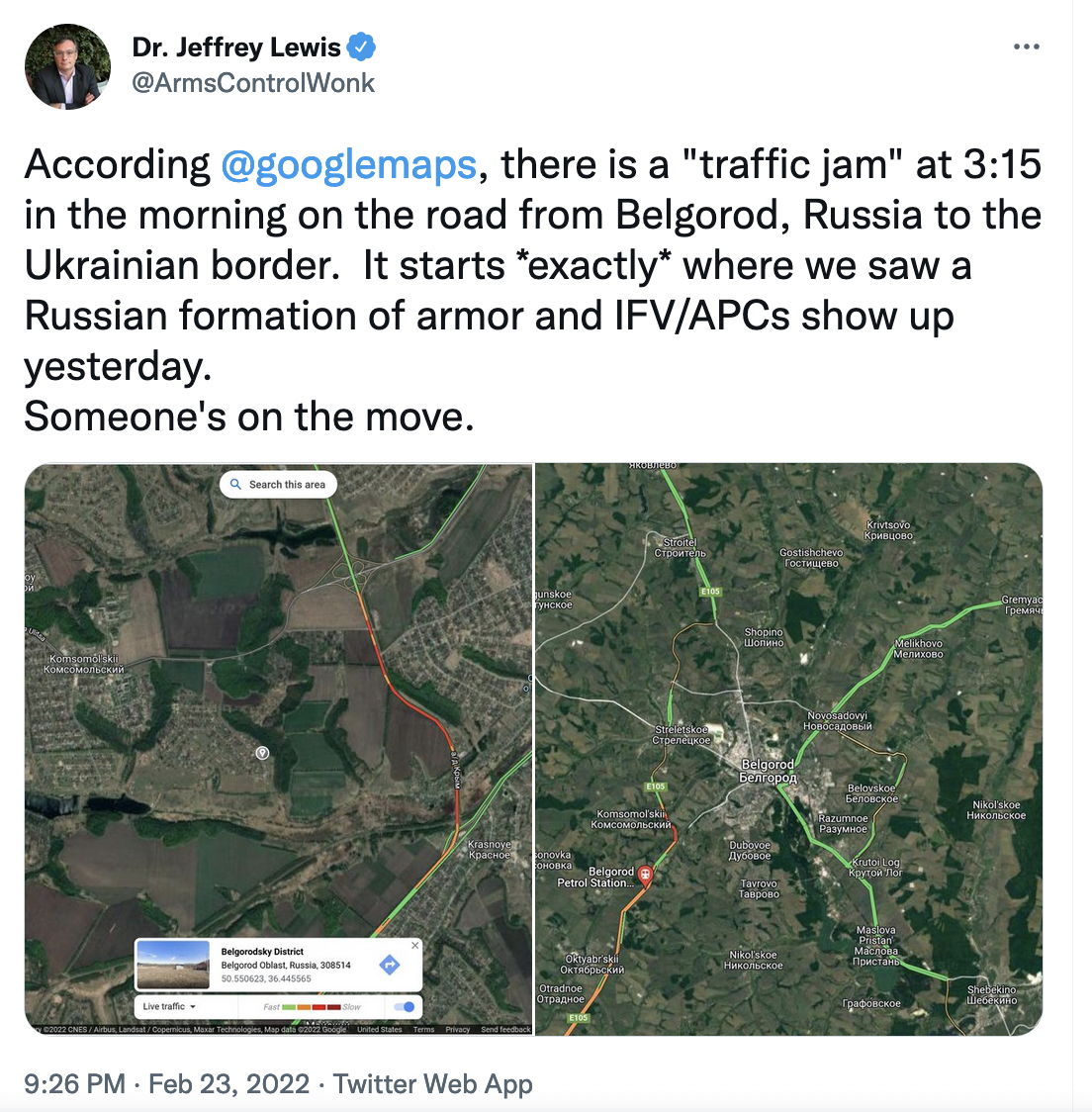 Open-source traffic data is often credited with predicting the Russian invasion of Ukraine on February 24, 2022.

The speed and complexity at which national security threats evolve means that intelligence teams must anticipate rather than react. Open-source content from social media, unindexed forums, and other online channels provide a wealth of data valuable for uncovering new trends and changing developments. In many cases, public data can provide predictive insights that are unavailable through classified information sources.

Connect with Echosec Systems to learn more about OSINT tools that don’t overwhelm your analysts with data.

5 Reasons Why Every Organization Needs An OSINT Team

OSINT and Information Environment Assessments for the Middle East, Africa, and Europe