On June 16, 2022, coalition forces detained a top ISIS leader in northwestern Syria. According to a statement by Operation Inherent Resolve, the detainee “was assessed to be an experienced bomb maker and facilitator who became one of the group’s top leaders in Syria.”

US officials stated that no civilians, US military personnel, or aircraft were harmed in the operation.

The leader in question is Hani Ahmed al-Kurdi, also known as the “Wali of Raqqa.” This roughly translates to the “governor” of Raqqa, a northern Syrian city formerly identified as the Islamic State’s capital. A United States official described al-Kurdi as actively planning ISIS operations.

US and affiliated forces in Syria still target ISIS fighters and leaders, many of which have gone into hiding. According to ABC News, ground raids in northwestern Syria are particularly risky because they are geographically far from US bases and are controlled by extremists or Bashar al-Assad’s government.

There have been other clashes between ISIS and US forces in 2022. In January, Syrian Kurdish forces backed by the US fought with ISIS fighters for 10 days, regaining control of a prison where the group had attempted to free thousands of detained terrorists. In February, a US raid killed then-ISIS leader, Ibrahim al-Hashimi al-Qurayshi in Atma, Syria.

Even though the Islamic State’s presence isn’t as powerful in Syria as it once was, ISIS groups in Iraq and Syria still hold a low-level insurgency. Additionally, the Islamic State continues to leverage resources like social media to influence Western supporters and inspire violent attacks around the world.

According to some Islamic State analysts, al-Kurdi’s capture could have a significant impact on the group’s plans in the region, as well as its future leadership. Colin Clarke, a research director at the global intelligence and security consultancy, The Soufan Group, stated:

“Someone with these types of skills participates in tacit knowledge transfer, passing down these skills to others within the organization. In practical terms, this is a really big deal to take someone like this off the battlefield.” 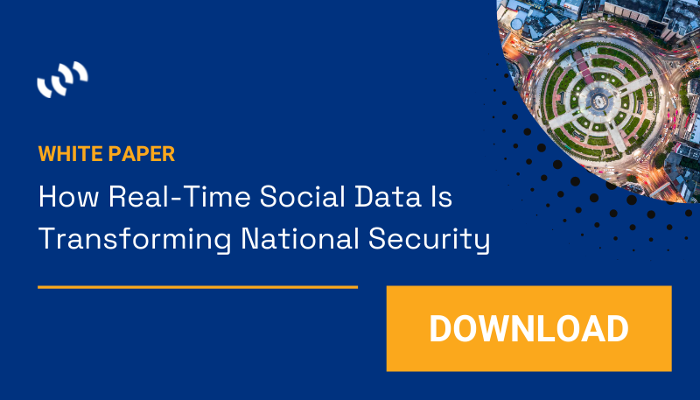 For raids like this, the value of open-source intelligence is two-fold.

For one, publicly-available information (PAI) can help analysts monitor extremists online. Groups like the Islamic State rely on public channels like social media to spread propaganda and attract local and Western sympathizers.

This type of content is moderated on mainstream networks like Facebook, but some activities still slip through the cracks. According to POLITICO, Facebook hosted an abundance of Islamic extremist material for months throughout 2021 despite the site’s anti-extremist policies.

Secondly, social media monitoring can help analysts identify security issues for sensitive operations like the one conducted last week. Coalition forces do not release specifics about such operations for security reasons. As bystanders film or post updates about a potential raid online, this information can notify the target of incoming forces and compromise any element of surprise.

In a scenario like the June 16th raid, this could cause other targets to flee the area or escalate an engagement. Open-source intelligence (OSINT) software can help defense analysts uncover these early warning indicators and address related security concerns accordingly.

A bystander’s account before the raid on social media. This post was discovered with the Echosec Systems Platform. The Platform identified several posts capturing footage and other accounts of forces infiltration from the ground, which could affect the success of sensitive operations.

To learn more about OSINT solutions and data sources to support defense intelligence, book a call with Echosec Systems today.