Independent survey research organizations recently found that 58% of Russians support the invasion and 23% oppose it. According to polling experts, this represents relatively modest early support compared to past incursions, like the annexation of Crimea in 2014.

However, polling is an unreliable way to assess public sentiment during war. Polls may fail to capture the nuances of an individual’s stance. Results are also influenced by heightened emotional states, and poll questions can be intentionally worded to manipulate responses.

Russia’s tight control on information—which now criminalizes the spread of non-official narratives—also means that citizens may adjust their answers to avoid repression and punishment. Persistent anti-war demonstrations in Russia represent a small proportion of the country’s population, but likely represent a larger group of silent opposition.

Russia has censored some major social media networks and Western news sources, and non-state media outlets have either closed or paused operations. And since most Russians get their news from state-controlled media, much of the population likely views the conflict very differently from the West.

Understanding Russian public sentiment is valuable for several reasons. At scale, a lack of support for the Russian invasion could damage morale for Russian forces and minimize Putin’s popularity. This could influence the war’s trajectory and the fate of Russia’s leadership. 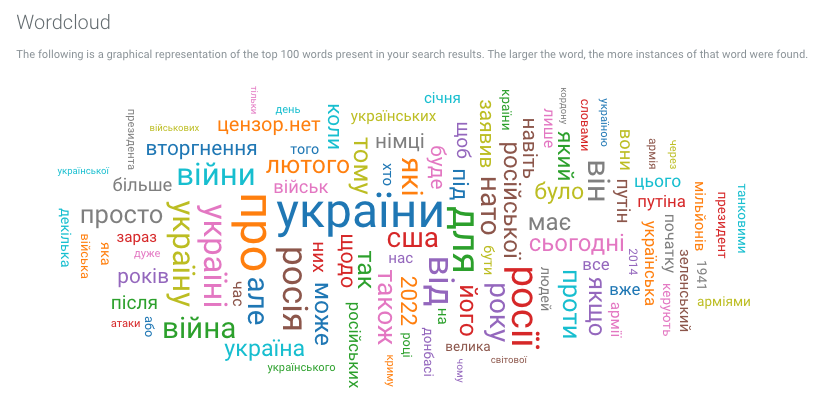 Even though Facebook and Instagram are currently blocked in Russia, VPN-savvy citizens may still be using Western networks. Other social media sources that are still online in Russia, like YouTube, are also valuable for sentiment monitoring. Specialized OSINT tools can support Russian sentiment analysis by:

To learn more about OSINT and the use of OSINT tools in the Russia-Ukraine war, contact us today.