OSINT and the Russia-Ukraine War, One Week Post-Invasion

Open-source intelligence (OSINT), which derives insights from publicly-available sources, is becoming an important resource in the Russia-Ukraine war.

Just one week after Russia launched a full-scale invasion in Ukraine, OSINT is being widely used to understand on-the-ground activities and fact-check narratives from news and social media.

Open-source social media content and satellite imagery are prominent OSINT sources in the Russia-Ukraine conflict, and have been used to:

According to the US Defense Intelligence Agency, OSINT now drives 80% of intelligence reporting. Open-source data is now a higher priority for intelligence teams than it was in past conflicts, like Crimea’s annexation in 2014. This is due to its ability to provide:

This has several positive impacts on pro-Ukraine forces. It can help governments make more informed, timely decisions in response to the conflict, and helps Ukraine identify and counter Russian information operations, which play a huge role in the conflict.

However, negligent OSINT practices can negatively impact Ukraine’s resistance. Russian forces may exploit open-source data revealing military and refugee movements in Ukraine. This has already been recognized by Google, which disabled live traffic data in Ukraine to protect citizens.

Counter-misinformation strategies could also motivate Russia to further crack down on internet usage and leverage its information tactics.

How Can Analysts Gather OSINT Effectively?

A variety of free tools are valuable for analysts in this conflict—such as reverse image search engines and various mapping tools. Paid tools offer broader functionality, like geofencing, AI, and advanced analytics. For intelligence teams, these features are often necessary to gather, process, and analyze public data efficiently in a rapidly evolving conflict. 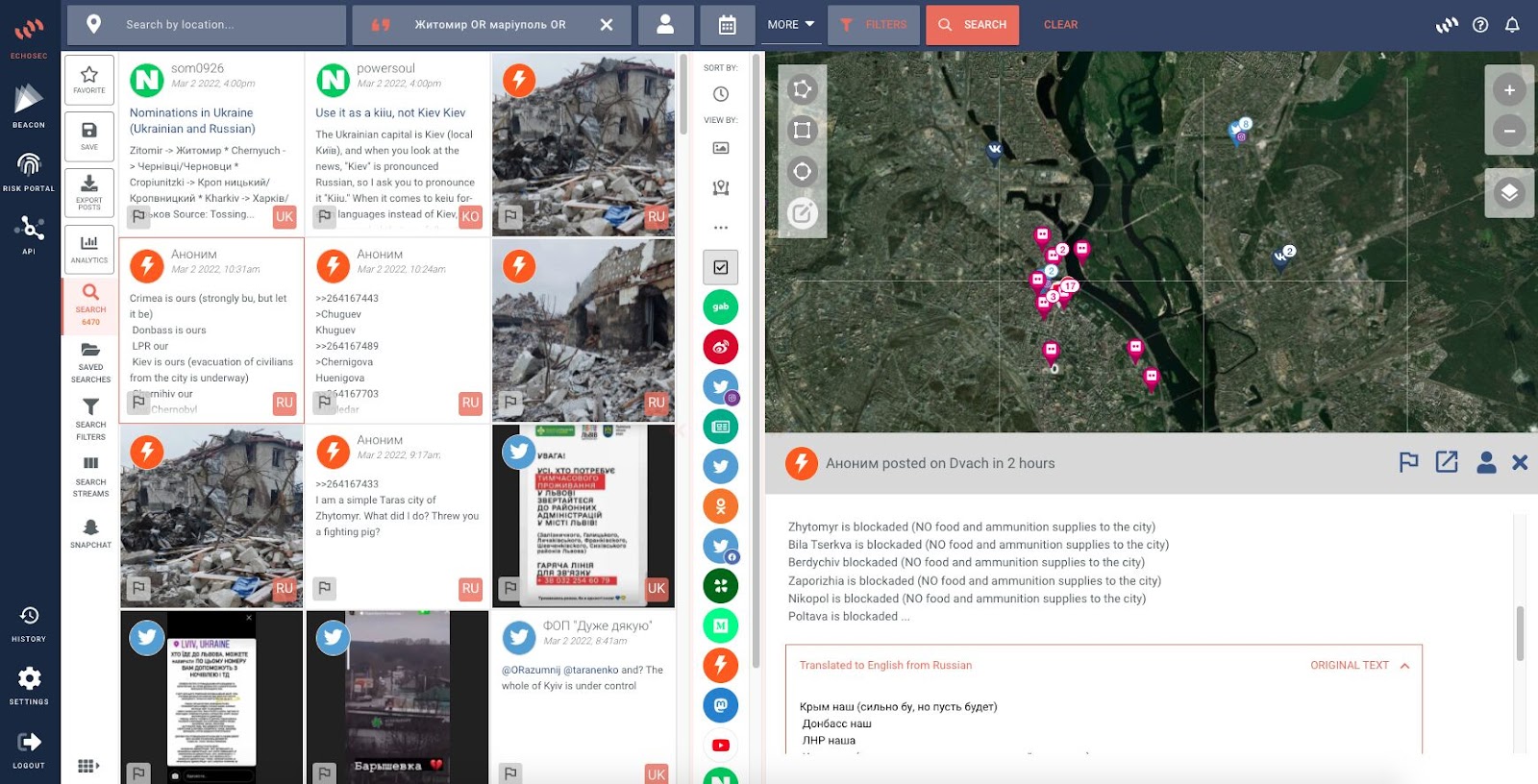 To learn more about OSINT and the use of OSINT tools to monitor geopolitical situations, contact us today.