OSINT and Information Environment Assessments for the Middle East, Africa, and Europe

From US-Iran tensions to the Ukraine war and economic opportunities in Africa, EMEA (Europe, the Middle East, and Africa) houses several areas of interest for Western governments.

Populations in EMEA use a variety of online networks to communicate and document on-the-ground events. These include regional defense forums and social media specific to various countries. Advanced OSINT solutions can help analysts leverage this publicly-available content for more accurate information environment assessments.

What do the Middle East, Africa, and Europe have in common?

They are all priorities for the Kremlin, which is building security alliances with countries that it views as overlooked by the United States and its allies.

These and other geopolitical activities in the Middle East, Africa, and Europe are of interest to intelligence leaders and government organizations like NATO—which is developing new capabilities for global information environment assessments.

It goes without saying that these three regions include a vast diversity in cultures, languages, and geopolitical climates. For intelligence analysts, these regions also encompass a variety of publicly-available online sources that are valuable for understanding local information environments.

Why are these regions of interest to Western governments, and how can OSINT support effective information environment assessments?

US Tensions with Iran

When it comes to the Middle East, the Council on Foreign Relations names several conflicts with significant impacts on US interests:

However, the confrontation with Iran is ranked as the most critical conflict in the region in terms of US interests. Despite the establishment of the JCPOA in 2015, Iran has expanded its regional goals and terrorism sponsorships in Lebanon, Syria, Yemen, Iraq, and other countries through its Quds force—which the US has designated as a foreign terrorist organization. Iran has also continued ballistic missile development, which has sparked further sanctions from the United States.

At the time of writing this article, Washington and Tehran are still in the process of renegotiating a nuclear deal, which former President Donald Trump withdrew from in 2018. Since Trump’s withdrawal, Iran has breached the original deal and grown its uranium stockpile beyond the deal’s limitations.

According to the Council on Foreign Relations, a conflict escalation “would have significant economic, political, and security implications for the United States,” including higher global oil prices and jeopardized relationships with US allies. 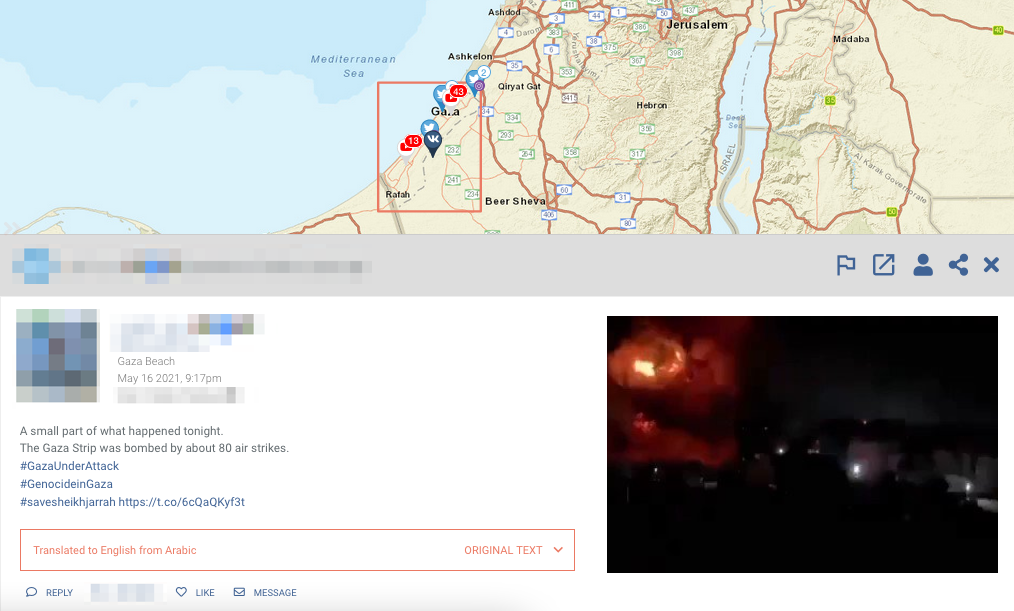 Economic Opportunities and Counterterrorism in Africa

For Western governments, interests in Africa span both economics and geopolitics. To provide some context, there are 16 African countries with free-market economies and free elections containing around one billion people. African consumer spending is projected to increase to $6.6 trillion by 2040, and major companies are investing in African technology ventures. The continent is home to a young and willing workforce and is abundant in natural resources.

China has recognized and seized these opportunities over the last two decades, replacing the United States as Africa’s primary trading partner. The US must be proactive in Africa’s opportunities for manufacturing, technology investments, consumer goods, and even cultural influence and soft power. This will be necessary to keep up with the influence of other global powers in Africa.

The rise of terrorism and extremism in Africa is also a concern. While global terrorism-linked deaths declined significantly between 2014 and 2019, terrorist incidents have grown in Africa. According to the Global Terrorism Index 2020, seven of the ten countries that experienced the largest increase in terrorism are in sub-Saharan Africa. Islamist insurgencies tend to operate in three main regions: Somalia, the Sahel, and the area around Lake Chad and northeast Nigeria.

Without adequate support (which intersects with economic interests) in these areas, western governments risk enabling extremist groups to expand, connect with groups in other countries, and escalate into a global risk.

Russian activity in Ukraine has raised concerns since the Crimean Peninsula’s annexation in 2014. Skirmishes persisted intermittently from 2014, but tensions renewed in spring and again in the fall of 2021 when Russian military buildups near Ukraine’s border sparked fears of a potential invasion—which launched on February 24, 2022.

Russia’s invasion of Ukraine has been marked by:

NATO and its allies have responded by imposing severe economic and energy sanctions against Russia. As of April 2022, the US has provided $3.7 billion in security assistance to Ukraine as well as $1 billion in economic support.

In addition to mainstream social networks, netizens in the Middle East, Africa, and Europe use a plethora of sites unique to these regions. If you’re an analyst assigned to any of these areas, here are some examples of OSINT sources to keep in mind.

A forum covering military and defense topics in North Africa and West Asia. Regional politics, like Israel-Palestine relations, are also common on this site.

A German forum (the Turkish community in Germany is the largest outside of Turkey) hosting current events and political discussions.

A Nigerian forum for news, politics, and current events. The site is the 6th most popular in the country with 2.6 million users and 6 million threads, including all historical data from 2005 forward. Nairaland’s most popular conversation topics cover the federal government, making it valuable for public sentiment analysis.

A popular anonymous Russian imageboard. The site is associated with misogyny, cyberbullying, and trolling, having doxxed notorious Russian criminals in a country where criminal activity is often closely linked to the government. Dvach users largely originate from Russia, Belarus, Ukraine, and other smaller countries. Dvach data can help analysts understand public sentiment and Russian influence in Eastern Europe.

A Russian social network similar to Facebook. The site allows users to create a profile, engage in private chats and discussion boards, share updates and images, and participate in games.

However, navigating these sites manually is inefficient. Many of them the lack search and translation capabilities needed for Western intelligence analysts. Advanced OSINT tools like the Echosec Systems Platform are valuable for consolidating location-specific data sources and providing search tools for multilingual searching and data analysis.

As tensions and opportunities develop in the Middle East, Africa, and Europe, intelligence leaders need to invest in sophisticated open-source technologies. This will enable governments to generate reliable intelligence quickly enough to gain an information advantage.

Do your analysts have access to data relevant to their region of interest? Book a demo to see if you’re overlooking any sources.

5 Reasons Why Every Organization Needs An OSINT Team