Back in 2012, the US Defense Department was investing in unmanned ground systems—technology that functions as eyes and ears in combat areas too dangerous for troops to enter. The goal? Support military situational awareness to provide critical, life-saving reconnaissance.

Fast forward a decade, and the quest for robust situational awareness continues—now with a resource that anyone can access: social media.

What Is Military Situational Awareness?

Military situational awareness is the ability to observe and anticipate on-the-ground activities in an area of interest. In simple terms, it’s the soldier’s knowledge of what is happening on the battlefield.

For military operations, situational awareness enables effective decision-making along the chain of command and can make the difference between life and death.

The term situational awareness or advanced situational awareness (ASA) is also used to describe a trained skillset for military personnel. This involves honing perceptual senses and critical thinking skills within operational environments, which can be complex and overwhelming to assess without proper training.

But situational awareness goes beyond what soldiers can interpret with their bodies. In the modern world, it also includes analyzing and sharing data from non-human sources, like field sensors and open-source social media content.

According to an article in FCW, “[s]ituational awareness is also the integrated web of networks, servers, storage devices, and analysis and management software that ingests data, makes it available for analysis, and then shares it anytime and anywhere, up and down the chain of command.”

Over the last decade, unmanned systems like throwable robots have improved military situational awareness, especially in environments that are challenging or dangerous to manage on foot. However, military personnel still face challenges with:

For example, ATAK is a free government app that gives users a real-time GPS view of red and blue team movements, terrain, weather, and other field elements. A dismounted situational awareness (DSA) tool is also being trialed by the British Army. The aim is to provide the real-time information-sharing capabilities of command centers to soldiers on the ground.

In recent years, digital transformation has meant that open-source data is now as valuable for intelligence operations as classified inputs like signals intelligence. This also applies to military situational awareness, which can use open-source intelligence (OSINT) to provide a more comprehensive battlefield view.

In modern warfare, widespread social media use means that anyone with a phone can essentially become a battlefield sensor. We’ve seen this at scale so far in the Russia-Ukraine war. OSINT analysts have leveraged social media extensively to verify Russian claims and monitor battlefield activity in real-time.

With access to both mainstream social media and regional networks like VK and OK.ru, analysts can gather a relatively accurate perspective. This is valuable in areas that may be inaccessible to conventional intelligence-gathering methods for situational awareness, like drones or human reconnaissance.

Like DSA, advanced OSINT tools can use social media to quickly access and share relevant battlefield data as a part of a broader situational awareness strategy. 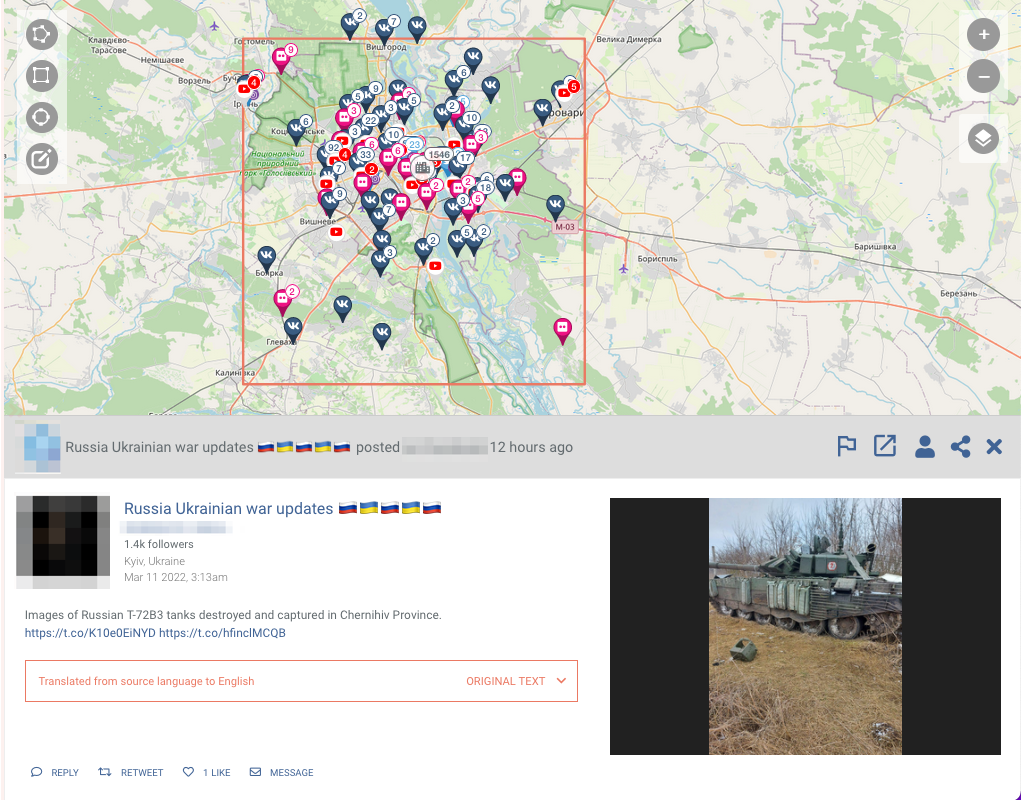 How To Transform Your Event Security Process Using Social Media

What Is Situational Awareness? A Crash Course For Intelligence Teams