Active Threat Response Strategies: How Informed Is Your Security Team?

How effective is your active threat response strategy?

This is a question retailers have been seriously reevaluating over the last few years. In 2017, Walmart bumped its yearly active shooter training program up to a quarterly event. Late in 2019, Target expanded its training from security personnel to all employees. 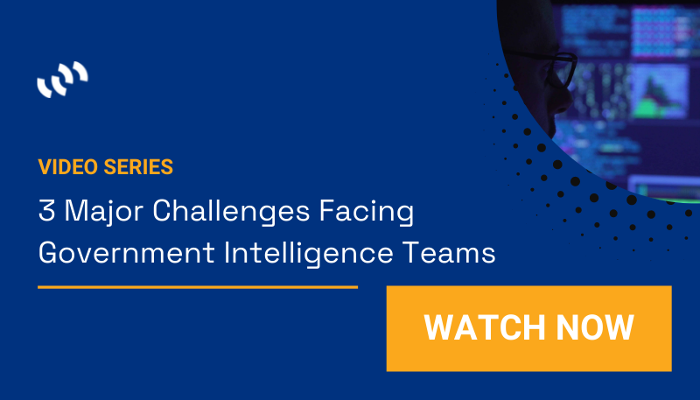 It goes without saying that these changes are a direct result of active shooter threats in or near retail locations and other public spaces, as well as an increased number of active threat pranks.

Retailers are looking to law enforcement and organizations like the National Retail Federation (NRF) to evaluate their security processes and keep customers and employees safe and prepared.

Accessing public social media posts has been long used by law enforcement to detect threats and investigate crimes—this is now being adopted by retail security teams to improve their active threat response.

What does online data access look like for retail security teams, and why should they consider it as part of their operations?

Active threat response strategies depend on an organization’s size and resources. Many retail security teams are currently:

Customers, floor employees, and security guards are typically the first to know about security risks. Keeping these individuals informed and prepared is essential to the outcome of an active threat scenario.

However, these strategies can be leveraged even further if risks are detected early on, and security teams stay more informed as the event unfolds. Active threats often originate in parking lots and surrounding areas minutes before security guards, customers, and employees are aware of what’s happening—and those minutes can make a big difference in a response strategy and its success. This is where online data discovery comes in.

Social media is an incredibly valuable source of information about active threats. One of the first responses many individuals have in the face of an emergency situation is to post an image, video, or first-hand account online.

These posts often reach social media even before security personnel and other affected individuals at the scene are privy to the threat. In the case of the post shown above, they can also provide real-time updates as the situation unfolds.

Finding this information across multiple social media sites efficiently, however, is challenging without specialized search tools. The Echosec Systems Platform aggregates and filters public social media data for posts indicating active threats in specific locations. Security teams are alerted immediately to potential risks affecting any retail store around the world, even if they’re not physically there.

Access to this information as soon as it’s posted is like giving a security team extra pairs of eyes on the ground, helping retailers shorten active threat response times and coordinate first responders and on-site personnel more effectively.

Accessing social media data can also help predict and investigate active threats. Jilian Peterson and James Densley, two researchers funded by the National Institute of Justice, studied active shootings in the United States to assess threat patterns and shooter behaviours. Through their research, they observed commonalities across shooting incidents dating back to 1966.

Online radicalization and social contagion were identified as major patterns among active shooters’ behaviour, especially in recent years. Active threats also tend to occur in clusters, motivated by and mimicking one another.

Less-regulated networks are known for enabling user radicalization and hate-speech. These networks have been linked to active threat incidents and are useful for detecting threatening behavior, active shooter references, and manifestos. This information can help signal a potential attack or be used by law enforcement to investigate post-incident.

Differentiating Between Pranks and Real Threats

This “social contagion” has also been translating to an onslaught of prank incidents and non-shooter threats, particularly at retail locations and schools:

Ultimately, retailers, law enforcement, and other security teams must take active threats seriously—even if they could be pranks. Prank threats frequently originate on social media, often posted publicly by minors. Security teams can use data discovery tools to stay alerted to these potential threats and contextualize incident severity or false positives.

Active shooter preparedness is a new reality for retailers, law enforcement, and other public safety personnel. These organizations now must seriously consider active threat training, gear, and planning in their security budgets.

Detecting potential threats on social media using specialized tools is becoming a crucial process for corporate security teams. These tools empower them to locate active threats faster and better coordinate a response. This is especially critical as prank threats become more frequent on social media, and is also useful in post-incident investigations.

Serious public safety threats are relatively rare. When they do occur, employees and customers rely on an organization’s preparedness and timely response. Data discovery tools are vital to staying more informed in the moments leading up to, during, and after an active threat—regardless of how well-trained and equipped on-site personnel are.

Active threat detection and response tools aren’t just for global retailers—contact us to explore a solution that fits your organization’s needs and budget.

How Is Machine Learning Used in Cybersecurity?